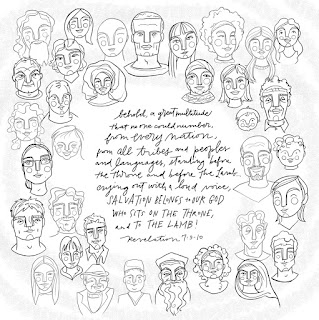 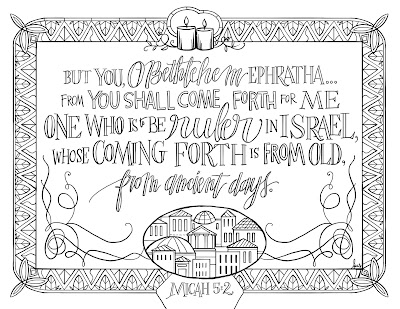 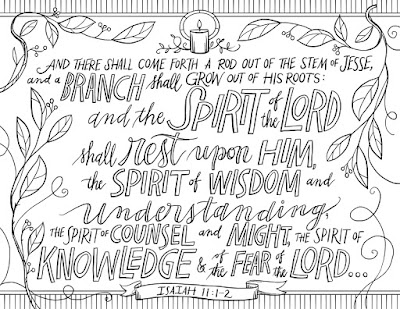 Here's a little coloring page for a verse for the first week of Advent.
Right click to download. Print horizontally on letter paper.
at 2:16 PM No comments:

Time to color and eat cake! 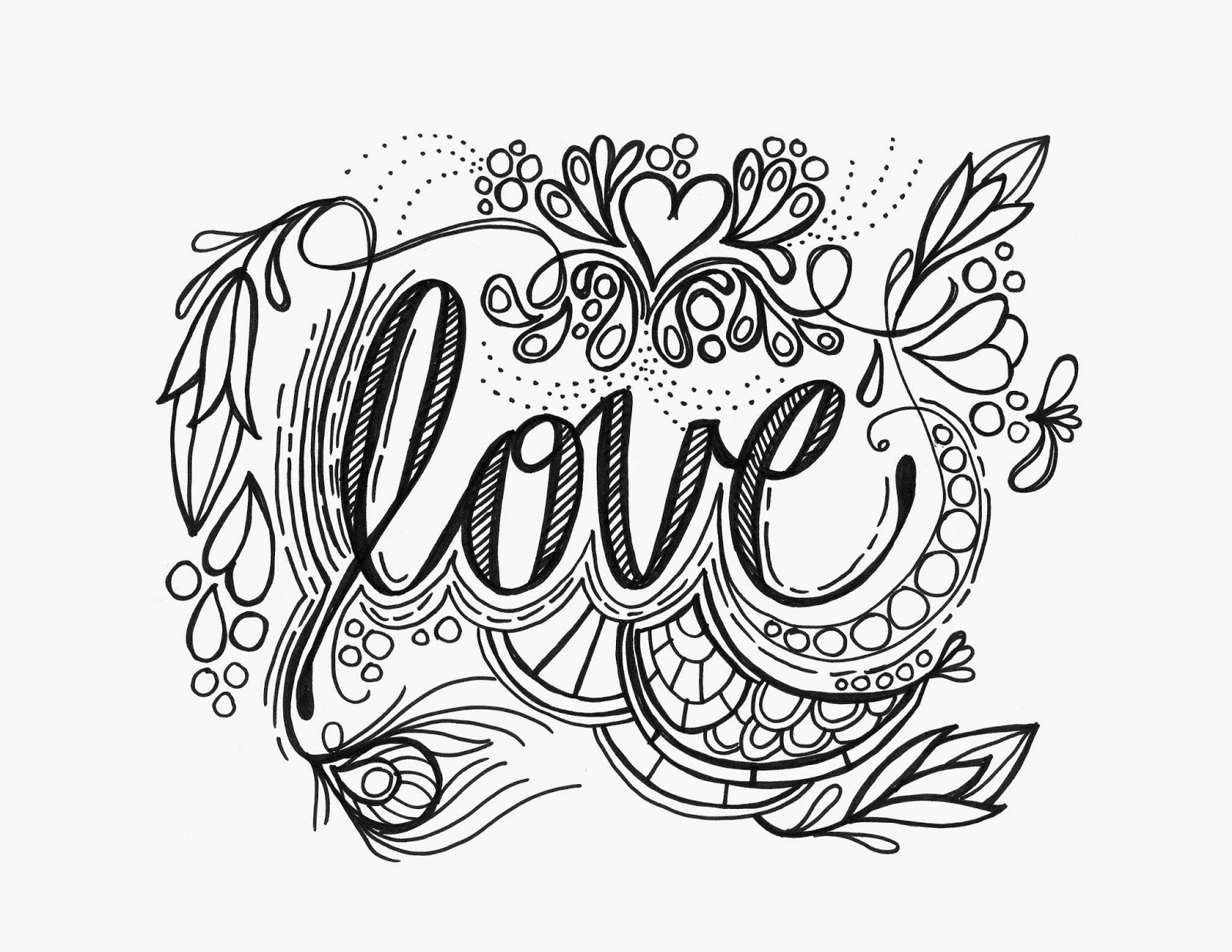 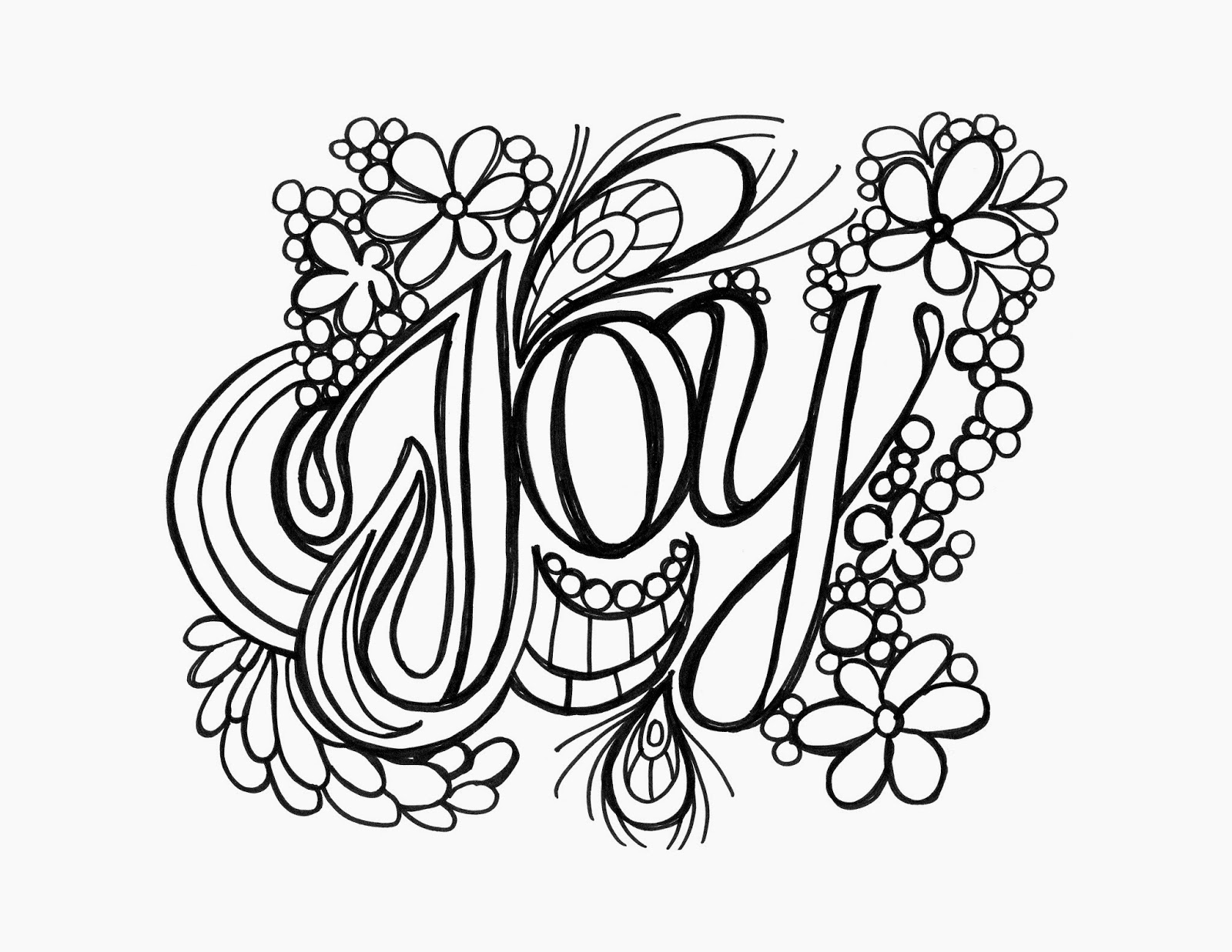 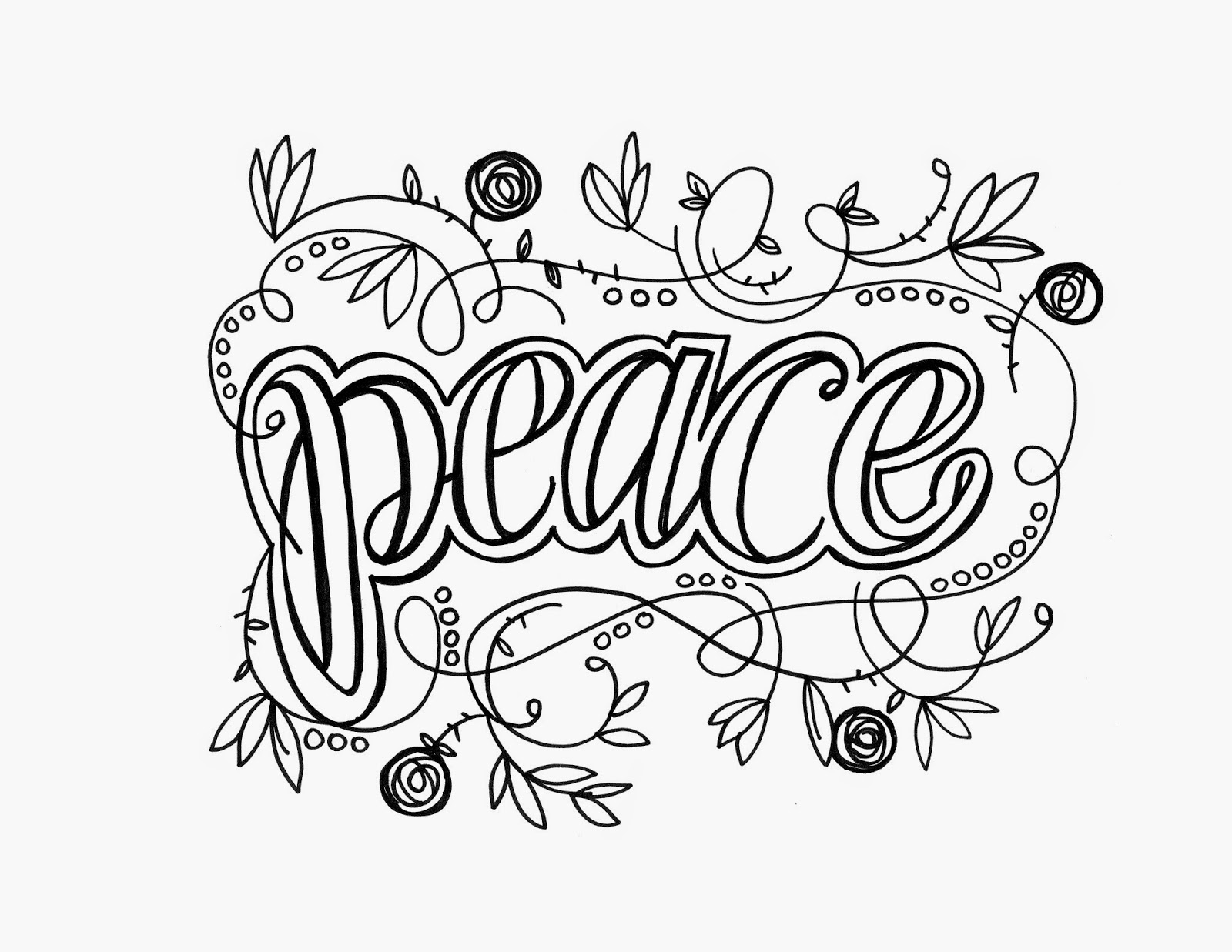 Dear Molly,
Happy 4th birthday! Thanks for sharing your Cheeze-Its™ with me one rainy summer day. Hope you share these with your friends and have fun coloring. Please promise me that you will one day try another color other than purple (though it is grand, in all its forms!).

Have Mommy click on each of these images and print at 100% size horizontally on letter paper. Luke can show her how to do it. :) 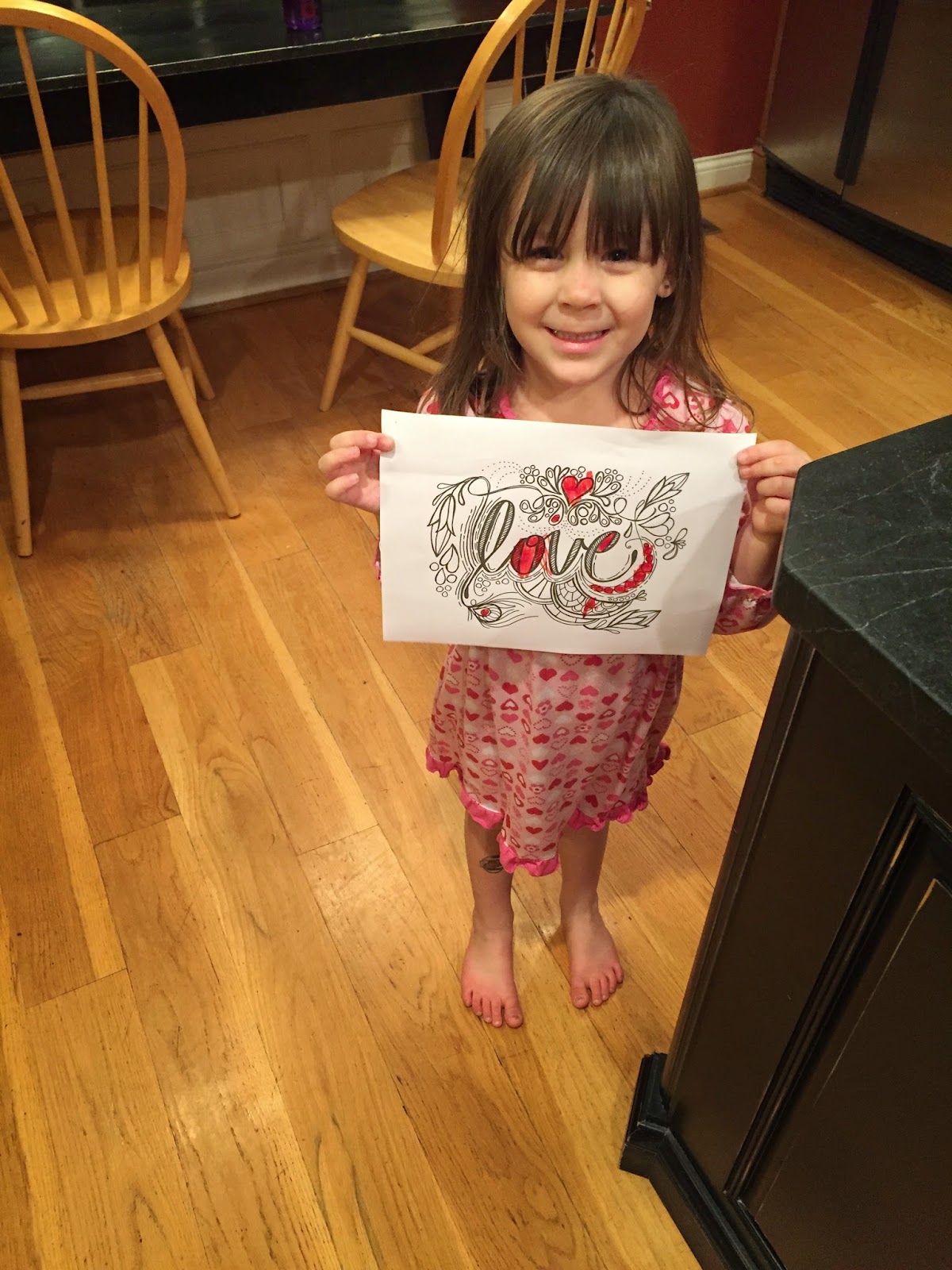 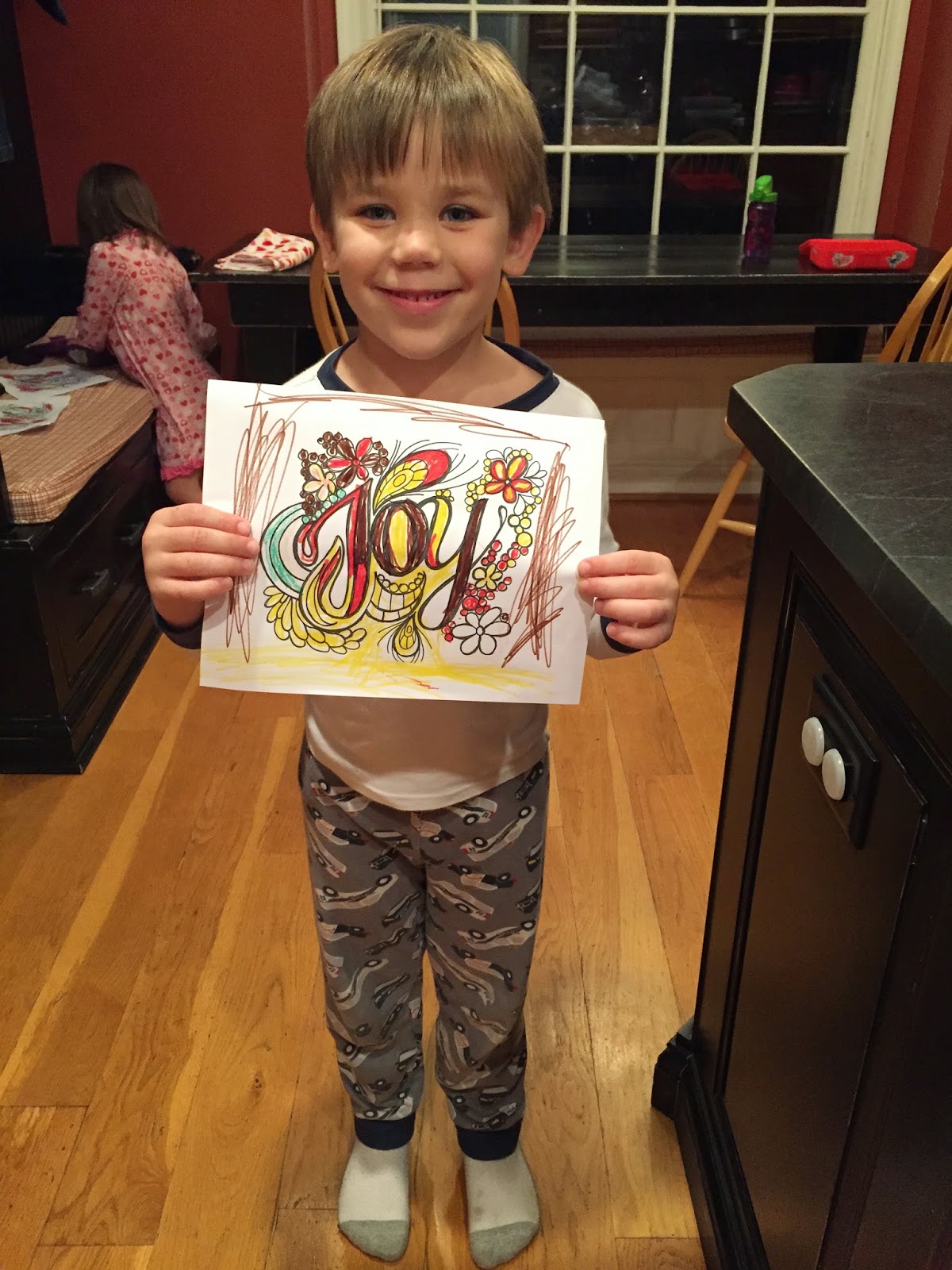 Email ThisBlogThis!Share to TwitterShare to FacebookShare to Pinterest
Labels: Doodle.

a view of history

...history is like a giant piece of fabric with very intricate and complex patterns. During the limited span of our lifetimes we see only a tiny fraction of the pattern. Furthermore, as has been observed by others, we see the pattern from the underside. The underside of the weaving usually makes no sense. Even the upper side makes little sense if we view just a tiny piece. Only God sees the upper side, and only He sees the entire fabric with its complete pattern. Therefore, we must trust him to work out all the details of history to his glory, knowing that his glory and our good are bound up together. — J. Bridges, Trusting God
at 9:15 AM 1 comment: 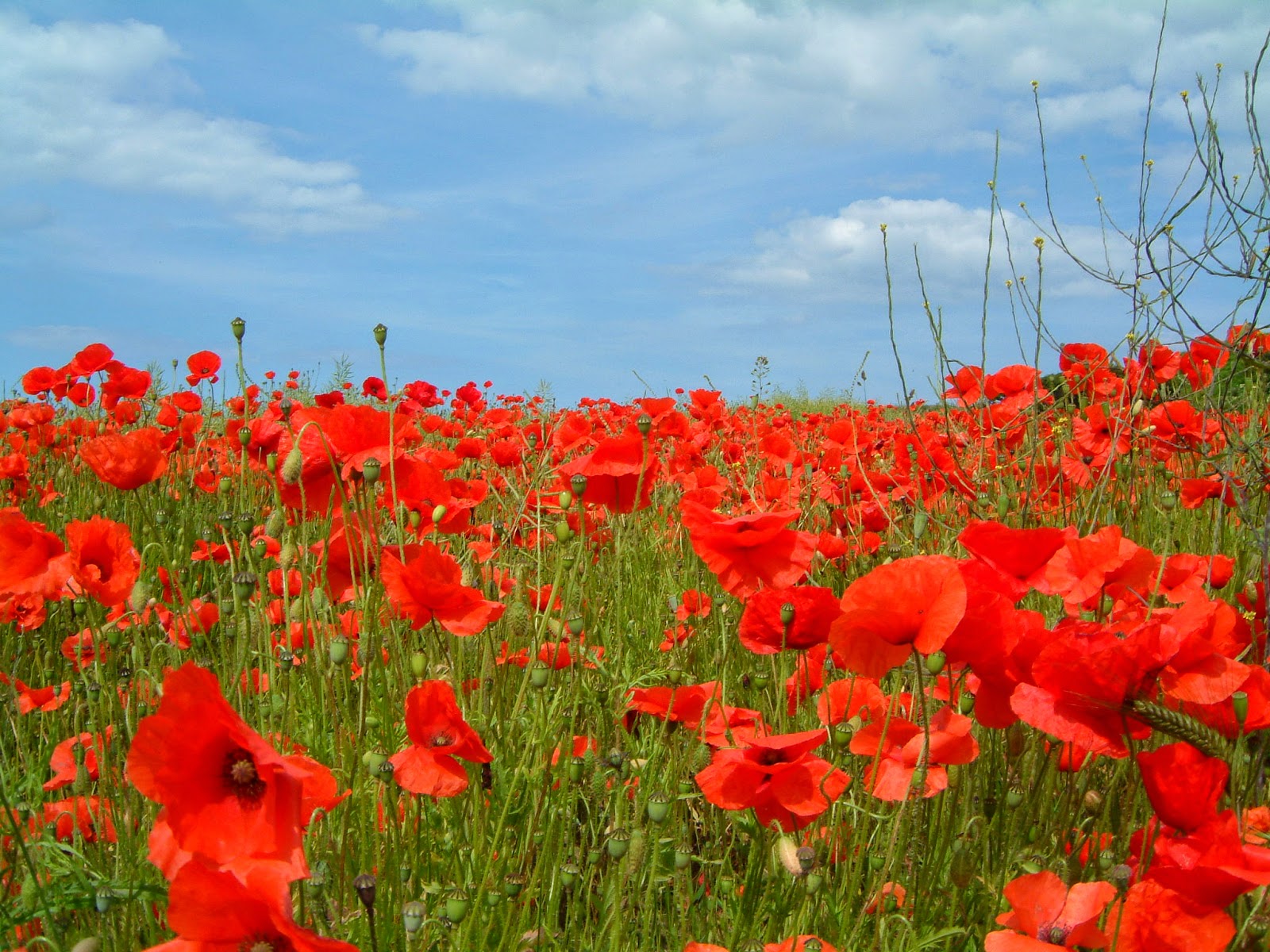 All I know about World War 1 comes from a sad blend of Downton Abbey and Maisie Dobbs books. This year many folks at the BBC and elsewhere are reporting comprehensively on the centenary of the beginning of the war. The bits I've read and listened to have been both fascinating and informative. For instance, HistoryExtra reported last week an interview with a man, David Olusoga, who has ties to it from his northern British mother and his Nigerian father, and how the ethnic battles and inequalities of the war were rarely mentioned. Another interesting take is how many of the places impacted by the first World War that went against the British and Co. are still hot spots today, so much so that the interviewee and his team chose to not try to film there because of the danger in which it would put him and the crew.

Fascinating, sad, and relevant to today. It really wasn't that long ago at all. So much interestingness on BBC History Extra. Check out their site http://www.historyextra.com.

A quick remedy for pride here.

If anyone thinks that Christians regard unchastity as the supreme vice, he is quite wrong. The sins of the flesh are bad, but they are the least bad of all sins. All the worst pleasures are purely spiritual: the pleasure of putting other people in the wrong, of bossing and patronising and spoiling sport, and back-biting, the pleasures of power, of hatred. For there are two things inside me, competing with the human self which I must try to become. They are the Animal self, and the Diabolical self. The Diabolical self is the worse of the two. That is why a cold, self-righteous prig who goes regularly to church may be far nearer to hell than a prostitute. But, of course, it is better to be neither.

what were we thinking? 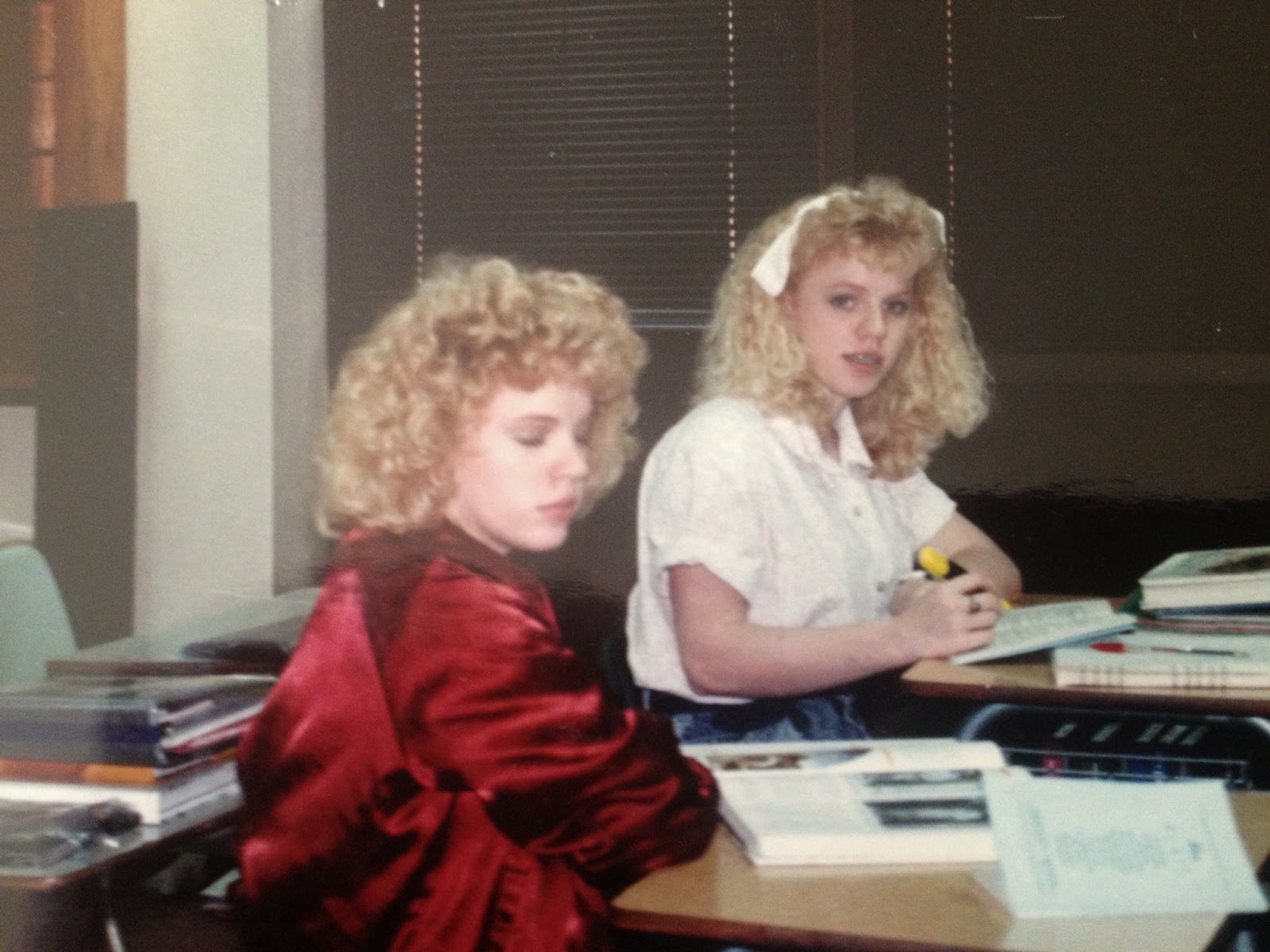 The story of you. Me. Everyone.

Yes, it is. From Desiring God.

The Story of You
This is the story of your salvation. This story includes your conversion, but extends through time-twisting dimensions, immeasurable privileges, and lavish gifts beyond anything our brains can contain.

Scripture’s first words capture creation’s first moments: “In the beginning, God. . .” (Genesis 1:1). And before the beginning — God. Before anything at all, before the first light shot through to introduce history’s first tick of the clock, God was enjoying eternal, trinitarian relationship with himself.

Then at some “point,” the Father, the Son, and the Spirit decided to make history — literally. This point happened “before the foundation of the world” (Ephesians 1:4). And there you are, at the beginning. God knew you before there was a “before,” at a time when the Father loved the Son, also “before the foundation of the world” (John 17:24). You begin as part of a trinitarian plan, not yet as a created reality, but with the people whom the Father gave to the Son from out of a world he had not yet made (John 17:6). During this pre-creation era, God directed his will at you. You were chosen.

But history had to happen first, in time. Your story continues when God formed Adam, his first jar of clay, from the dust of the ground (Genesis. 2:7). And you were there in Eden too. Before you were born, God anointed Adam to represent you specifically, and the rest of humanity with you (Romans 5:18–19). But our first king Adam failed, so you and the entire nation of humanity failed with him. That first sin heard ‘round the world kickstarted the long, checkered story of the Old Testament people — murder, floods, slavery, plagues, wars, and exiles.

And while that wild rush of redemptive history was unfolding, God knew you. With Jeremiah we say God knew us before he formed us in the womb (Jeremiah 1:5). God knew you in eternity before anything was made, and he knew you in history, before your arrival here on earth. And through the sometimes sordid story of God’s Old Testament people, all the authors of the Old Testament told the greater Story about the Redeemer who would some day fulfill every ancient promise (Luke 24:27; 44–48).

Then it happened. After thousands of years of waiting, the Father sent his Son down to his people, to walk around in history (John 5:36). The Son was to be the last Adam (1 Corinthians 15:45–47), the final King. Long ago, when the first Adam sinned, God told the serpent that his head would be bruised (Genesis 3:15). Later, as the last Adam’s cross punctured into the top of the “Place of a Skull” (John 19:17), history’s oldest redemptive promise came true.

Then came the day when God personally knit you together in your mother’s womb (Psalm 139:13). You show up in redemptive history for the first time, your arrival planned and anticipated for ages. And at some point in your life history, you were brought out from under God’s wrath and united to Christ under God’s grace; from being represented by the first Adam to represented by the last Adam, Christ. Throughout the story of the world and the story of you, God has gathered his cloud of witnesses together (Hebrews 12:1), whether a child’s time on earth lasts for one minute or one century.

And here you are, somewhere along the course of your Christian life. At some point in either your earthly or heavenly future — a few minutes from now, a few years off, or after a few more centuries have come and gone — the Son will come back to this alien land, this first earth (Revelation 21:1). He will gather together you and everyone else whom the Father has given to his Son (Mark 13:27), and you will finally be home. If you are in Christ, in one sense, you are already there.
at 7:00 AM No comments:

from her writings on The Rabbit Room:


Anxiety is the devil. Fear is a taste of hell because it cuts us off from the ever-offered rest of God’s love. And fear cannot do one damn thing to avert the thing feared. Sorrow, on the other hand, is a kind friend, and when it comes, grace comes, too, and all the tender mercies of God. All fear is the fear of loss and death; all love comes with a price tag of pain; all true sorrow has its counterpoint of joy. And it’s real. We’re living it in the most vivid way. And if we’re running along the beach laughing at one moment and weeping over the grief that is coming the next, well then, this is life abundant, the full package. And the joy is more real than the grief because the joy is forever and the pain is for but the passing shadow of this life.

Email ThisBlogThis!Share to TwitterShare to FacebookShare to Pinterest
Labels: Silliness

Illos to Die For